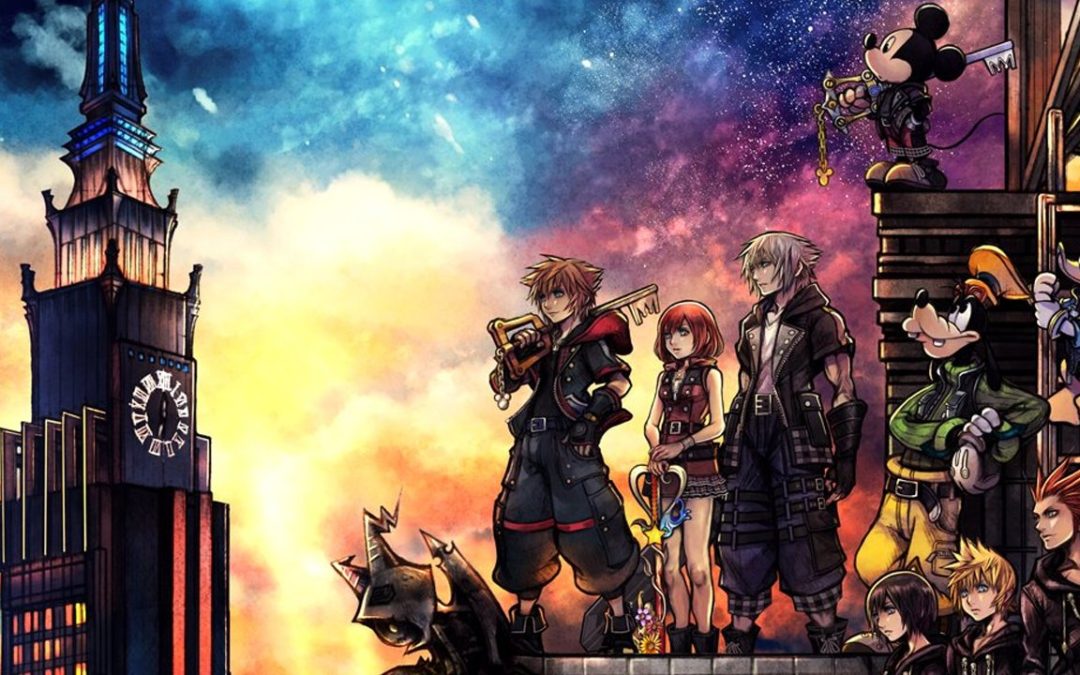 I can’t believe the original Kingdom Hearts game came out 17 years ago. I was a young man back then, and when that game came out I was fully invested in the world Square-Enix and Disney had created. Years have gone by, the story has expanded exponentially, and I have lost some connection with the franchise that I once loved. Now after 30+ hours, I have completed Kingdom Hearts 3 and the story has come to an end. Was this game worth the 17 year wait? 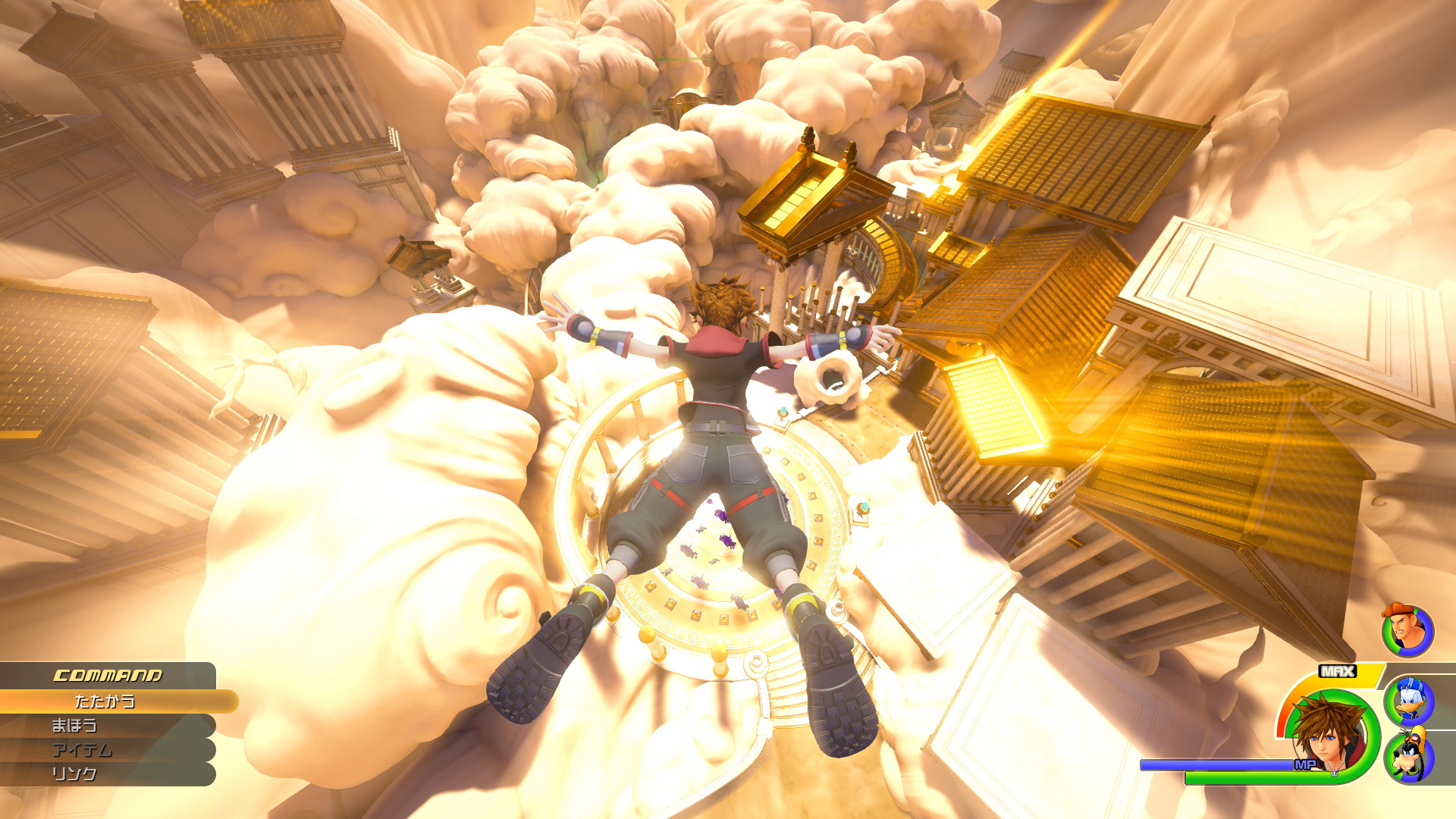 Presentation:
The game is beautiful. When you compare the graphics from the HD version of the original to this new one, you can see how powerful the current gen systems are. The Disney characters look amazing and in some cases such as Toy Story and Monsters Inc. they rival their movie counterparts in terms of CGI. The Square-Enix Final Fantasy type characters look fantastic. The models look better than the original ones used in the cutscenes of the original games. The only characters that seemed a bit stiff/off were the characters from Pirates of the Caribbean, but it didn’t take away from the full experience. The audio is also fantastic, with re-mixes of old themes and some new ones as well. The score mixed with the surround sound component adds a big soundstage that really immerses you into the worlds you explore. I only experienced severe slowdown at one point in the game due to the amount of chaos and enemies on screen at once, but smartly the developers added a graphics stabilization mode, and once it was activate everything ran perfectly. 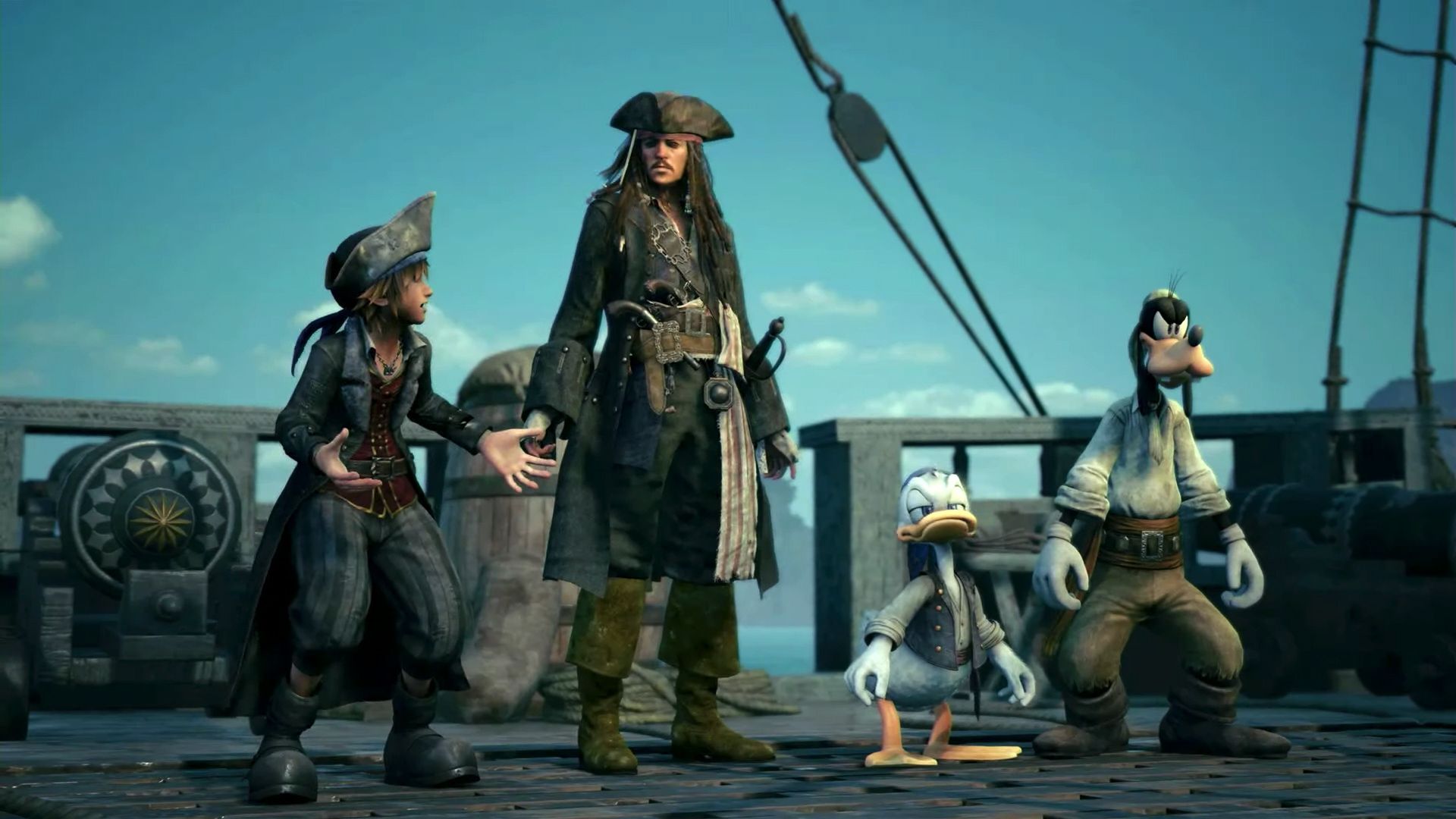 Story:
I don’t know where to start when describing the story of Kingdom Hearts. Part of me wants to tell everything that I know, but the other part knows that even after finishing the game, I may have understood 40% of it. If you want a simple explanation of the story, it’s Good vs. Evil. It’s Light vs. Dark. Hearts vs…No-Hearts? Saying there is a lot going on here is an understatement. It seems that by expanding the story in other games, the creators never really thought about how it the story would end. If you have never played Kingdom Hearts, you will be immediately confused with everything that is happening. Characters randomly show up and introduce themselves with zero context, their interactions could be described as childish at best, and if you have ever seen Transformers Dark of the Moon, it would seem the writers followed Michael Bay’s approach to storytelling and made wrote the story as he was filming(or in this case making the game). I would also like to point out that if you have never seen the Disney movies that the worlds you travel to are based on, then you will not have a clue what is happening, because as you play out parts of a movie, other parts are playing out concurrently elsewhere, and then the game expects you to know what has happened when everything comes together. I assume you probably wouldn’t be playing this game if you were not a Disney fan, but you have been warned. 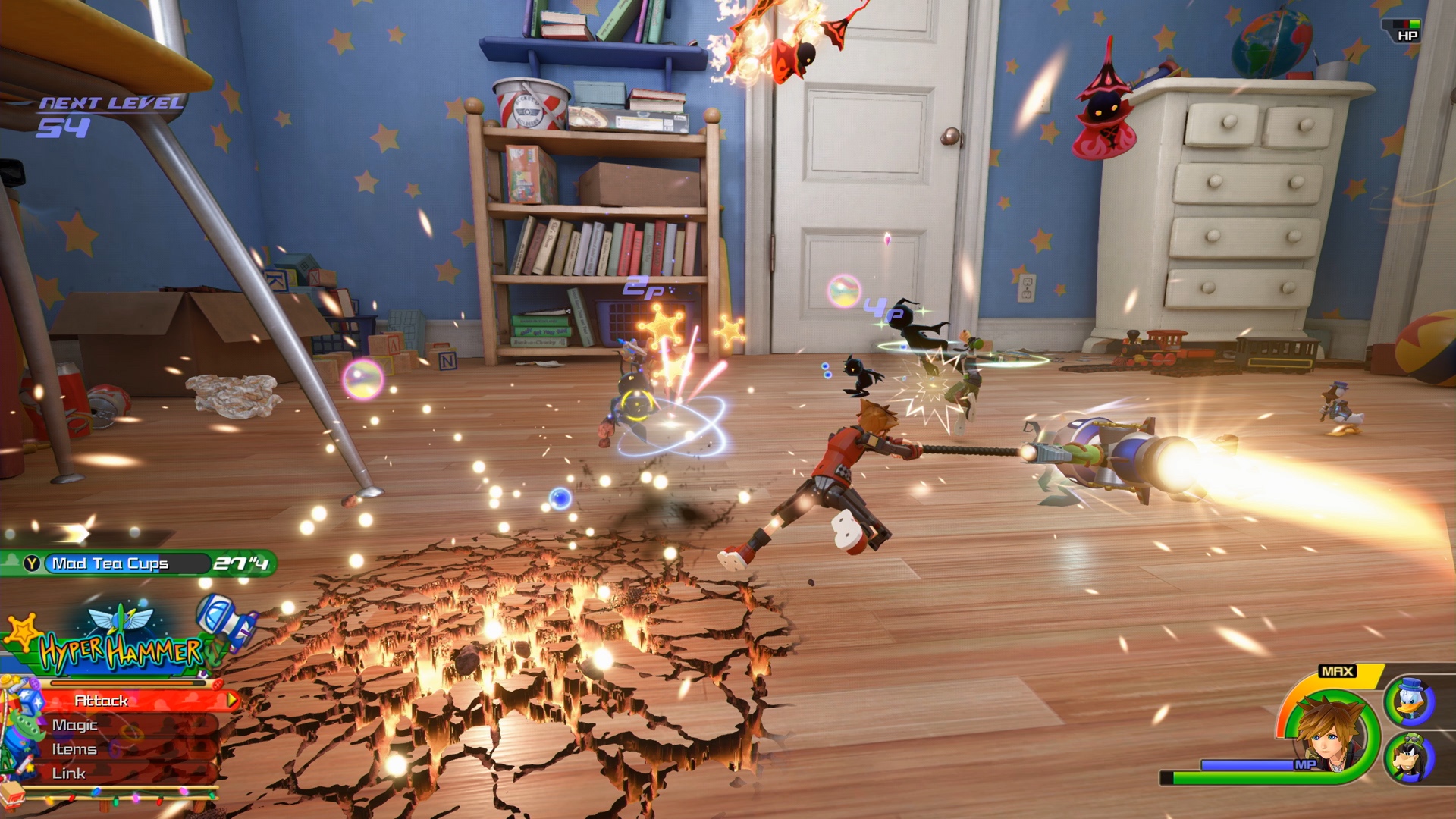 Gameplay:
Kingdom Hearts 3’s gameplay is exactly how I remembered the original with a few welcomed additions. It’s a floaty third person action game that is not overly complicated. The controls are simple enough to almost play as a “button-masher”, however if you are not careful you will quickly be hit with a Game Over screen quickly. Like previous installments, you have regular physical attacks, Magic attacks and Links (Disney Characters that can summoned for special attacks), however the game adds Keyblade “Form Changes” which as the name says changes the look and attack of your Keyblades and “Attractions” which allows you to summon Disney Land rides such and the Mad Tea Cups to act as spells to help clear the battlefield. The Attractions and Keyblade Form Changes teamed up with Links add up to some extremely chaotic and entertaining battles. There were times where so much was happening on screen that I was totally lost, but I could not wipe the smile off my face. If the same game mechanics were put into a third person action game such as Devil May Cry, it would not work, but in this game, it is perfect. 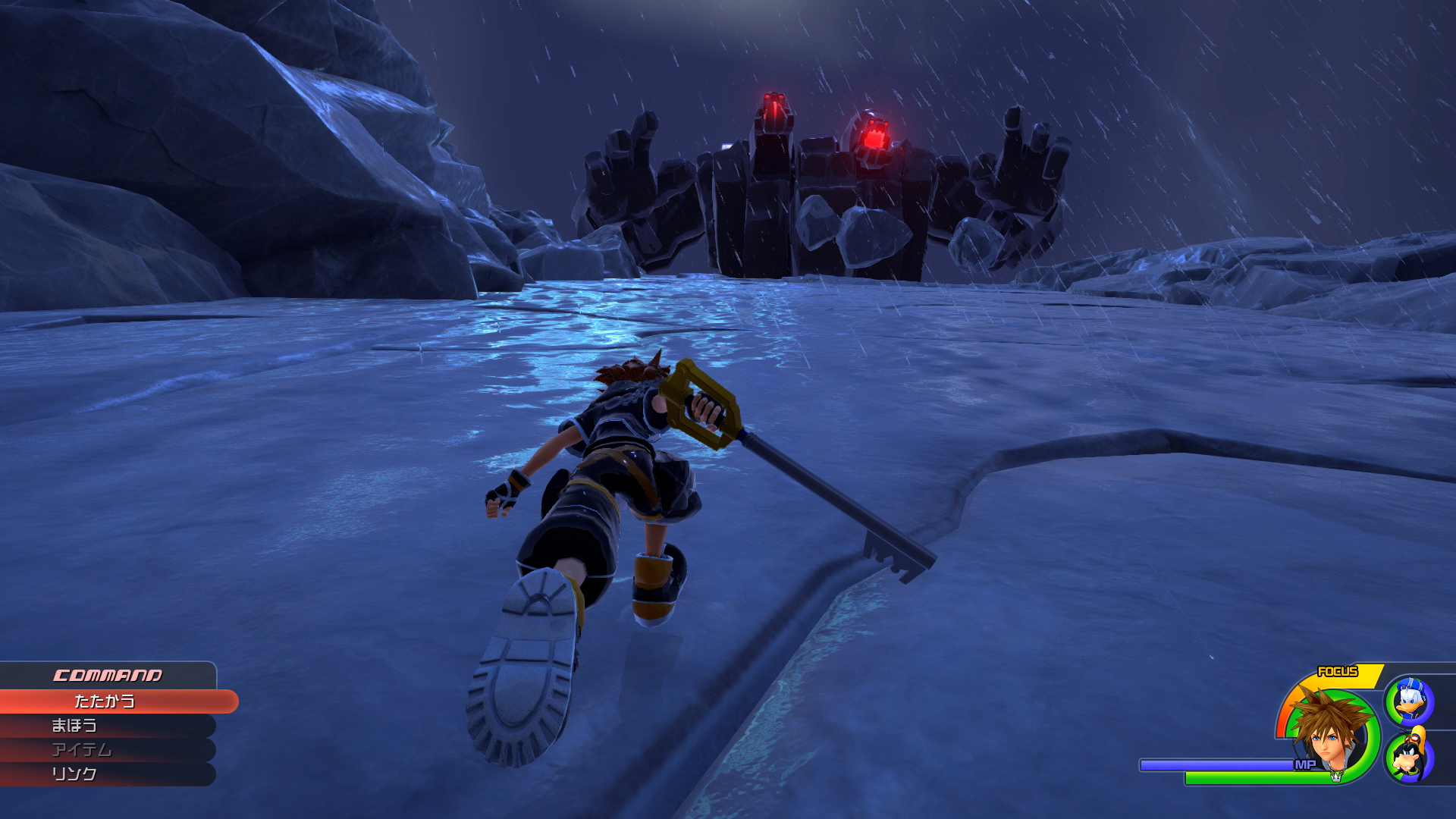 whoASKD Factor:
I had fun playing through Kingdom Hearts 3. The gameplay is amazing and the presentation is fantastic. The story was the most frustrating thing about this game. It was overly melodramatic and boring at times. In a world where we have been treated to wonderful stories told in games such as God of War, Spiderman PS4, and Celeste, it’s a shame that a game 17 years in the making could not tell a coherent one. If you are willing to look past the story elements, then you will have a great time exploring these wonderful worlds created by Square-Enix and Disney, however if you are looking for a full immersive experience, you will not find the magic with this one. 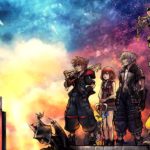