I have a confession to make. I’ve never seen an independent play in my life. With all the movies, shows, wrestling, books, comics and writing I do, it’s hard to make space for any other forms of entertainment unless my wife wants to go and see something. However, the opportunity presented itself for me to go and see Sarah and Lucy, a play written by Irena Huljak that was staged at this year’s Toronto Fringe Festival, and I’m glad I went.

Sarah and Lucy looks at the friendship of two female characters from the Trailer Park Boys TV show, Lucy DeCoutere (played here by Irena Huljak) and Sarah Dunsworth (played by Nicole Fairburn). In the TV show, these characters don’t get much of a role, tending to be defined in relation to the main characters. So in this play, we get a brand new take on those characters, since the whole story is about them.

The play opens with Sarah conversing with a very drunk individual, who turns out to be her own inner voice. This type of presentation is repeated throughout the play, with Sarah and Lucy each confronting their own inner selves at various points. After the opening dialogue of Sarah with herself, we next find her picking Lucy up at the American border in her RV. Lucy was away trying to pursue her dream of making it big in the US, presumably as an actress, while Sarah had been living in the trailer park. However, Lucy was living in the US illegally, so the first thing they have to do is escape from the American border patrol. We immediately get a taste of their characters, Lucy being bombastic, spontaneous, and passionate, yelling at the patrol cars chasing them, and flipping them off. In contrast is Sarah, her long-suffering friend, who seems controlled, quiet, and somewhat patronizing of her friend. She’s the self-defined “responsible one.”

Lucy clearly does not want to return to the trailer park, and she goes so far as to destroy the GPS device, much to the anger of Sarah. Lucy finally encourages Sarah to start a talk show with her. We get more interaction between the characters, as we soon discover Sarah actually wants nothing to do with the talk show, even though she thinks she can be a better host than Lucy. As they continue to drive and figure out what to do next, they get into an argument which results in the RV being totalled as they drive off the road. Sarah and Lucy get separated in the woods, and both confront their inner selves once again. Lucy’s voice (Bubbles from the TV series, artfully played by Nicole Fairburn here) emphasizes to her the importance of friendship and sticking by your friends no matter what. Sarah’s inner voice has become sober, which it says shows she’s finding clarity, and through that conversation, she realizes what she must do – end the friendship. When the two friends find each other again, Sarah does just that, ends the friendship so she can find her own way in the world, noting its been something her life has been building towards. She says the trailer park actually burned down, so she can’t go back anyway, and now has to set out to find her own way, without Lucy holding her back. And so the play ends. 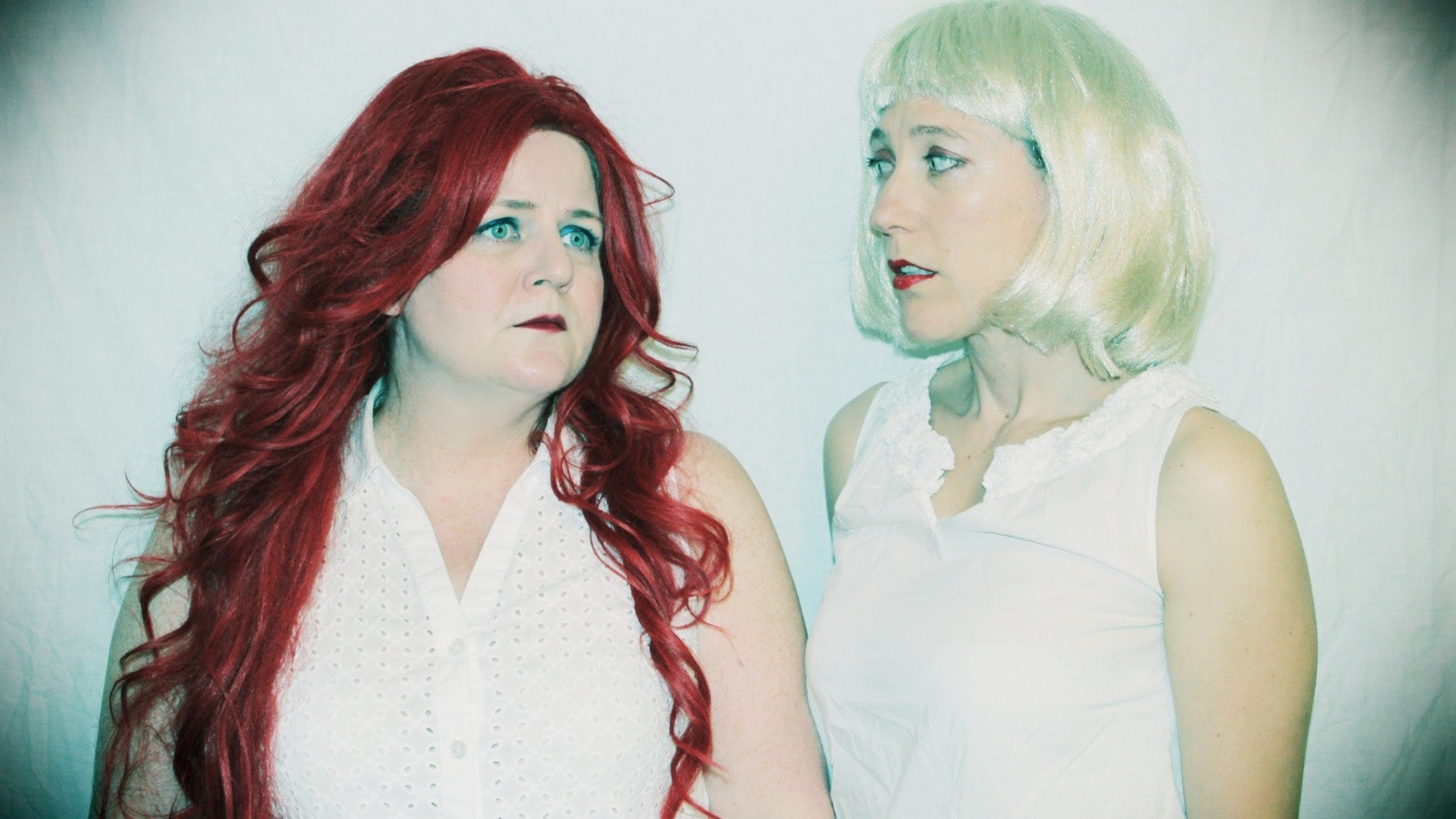 I sometimes found the story a bit hard to follow and there were a couple points where I really had to figure out where they were and what was going on, but those were only minor foibles in an otherwise solid play. Part of my problem might have been that I was never a huge Trailer Park Boys fan, my experience being limited to six of seven episodes, so perhaps that made some places tough to follow.

The good in this play far outweighed any minor criticisms I may have had, though. The play did a good job of adding bits of comedy in, from the bad attempts at humour from Sarah’s drunken inner voice to the characters’ exchange over Sarah Polley’s sexuality. Irene was clearly invested in her character, and her acting was exceptional. You could really feel her character’s emotions, whether she was playing Lucy or Sarah’s inner voice.

The best part of the play though was the main theme, which for me was about finding oneself. For that reason, I found Lucy’s journey to be far more compelling than Sarah’s. Lucy went off to pursue her dreams in what turned out to be a misguided attempt. She failed in colossal fashion and has now returned home. Most of us either want to pursue dreams, or have actively tried, so Lucy becomes very easy to relate to on that level. And she’s just herself. She doesn’t hold her personality back. Even though she failed in her first attempt, she doesn’t stop pursuing her passions, next trying the talk show. When it fails, she still seems to want to try something else, though we never get that far since the accident happens. Then we get the message from her inner self, about the importance of real friendship, and the ephemeral nature of the internet friends she made in her attempts at a career in the US, and it seems like she’s learned a very important lesson through all of this – never forget the importance of home when one is pursuing one’s dreams. But then the true tragedy happens – her home, her best friend, informs her that they need to part ways. We’re left with Lucy cut to the wolves, alone. I found myself cheering for Lucy throughout the play, empathizing with her struggle. She came across as vulnerable, someone who wears their heart on their sleeve. She seemed so sad when Sarah told her they needed to go their separate ways. It felt like she was being deserted just when she realized how important Sarah was to her. I wanted to know what happens to Lucy next, if she’s able to overcome this loss in her life. I wanted her to succeed, to achieve her dreams.

Sarah I was less sympathetic towards. I understand that she felt trapped in the trailer park, especially when her friend left her to pursue her own dreams. She wanted out so badly, she even “accidentally” burned the park down. Her eyes are on the stars, as her inner voice reveals, and she wants more for her life. Lucy is holding her back from discovering what that is. Lucy is a very forceful personality, very passionate, and tends to drown out Sarah. To pursue her own voice, Sarah feels she must let Lucy go. The premise is fine, but I found Sarah to be a bit of a downer as a friend. She’s very critical of Lucy throughout the play, from the opening scene where she’s essentially telling Lucy to tone it down, to the talk show host segment where she claims she can do a better job hosting than Lucy, even though she doesn’t want the job at all. I felt like she was almost picking on Lucy at times, and then ultimately just cuts her loose to pursue her own way. So although I understand why Sarah made the decision she did, it just made me feel bad for Lucy. The decision came across as cold and harsh.

Overall, I really enjoyed the play. It made me really think about things like pursuing one’s passions, the importance of friendship and home, and the ever-changing nature of relationships and friendships. Sarah and Lucy was well worth seeing, and if you ever get a chance to see it in another run, I would recommend it.