The House that Mutants Built 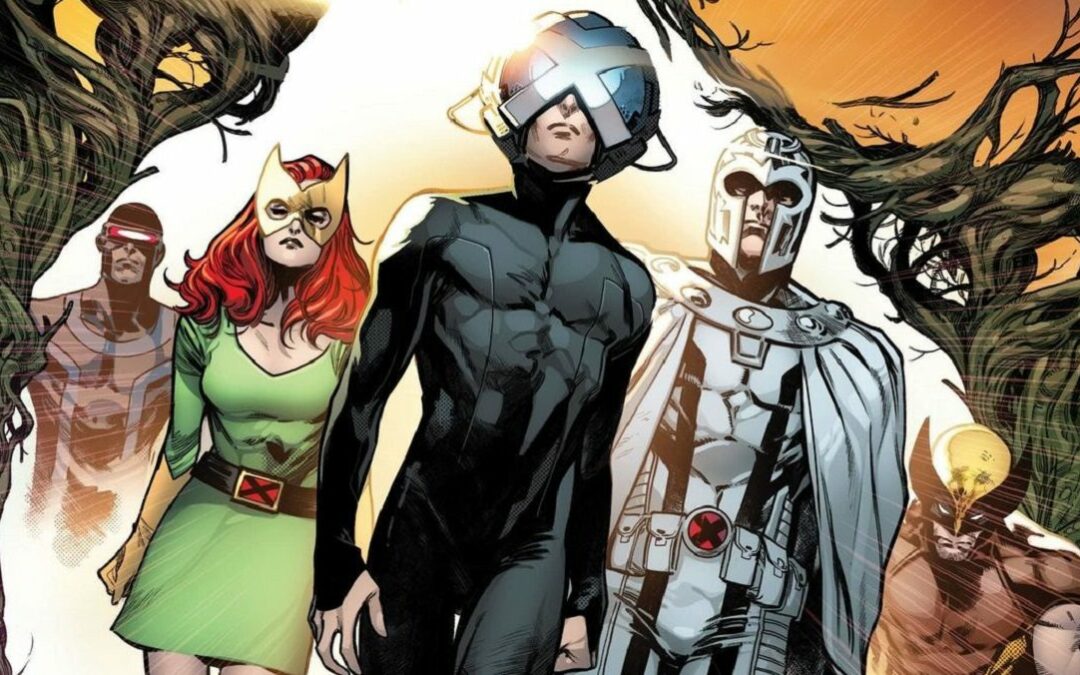 This review covers the two six issues limited series of House of X and Powers of X, written by Jonathan Hickman.

No matter what road I take in life, it always seems my road back to comics eventually leads me to the X-Men. The X-Men hold a special place in my heart, so it makes sense that I would be intrigued by Jonathan Hickman coming on board to write Marvel’s merry mutants.

Jonathan Hickman is not alone, as he is accompanied by artists Pepe Larraz on House of X and R.B. Silva on Powers of X. Colours are provided by Marte Garcia on both series.

Jonathan Hickman always brings something new and fresh to every series he writes. I really enjoyed his work on the Fantastic Four and Secret Wars. When I heard he would be working on my favourite comic book characters, I was cautiously excited. Not a lot of people get the X-Men, even though I feel like they are all some of the easiest to get.

From the very first few pages of House of X, you can tell something big is brewing. If you have seen the preview pages, you see a very out of the ordinary version of Professor X standing in front of a fresh batch of new mutants and saying the familiar words “To me, my X-Men.”

Then it is onto a roller coaster ride through the story that only Jonathan Hickman can conceive. The stories contained within House of X and Powers of X is something that spans centuries and very new ground.

You see, Professor X has decided that mutants have been held back too long and he is now ready to take some drastic measures to ensure that mutants are not only recognized as the next step in evolution, but that they are a gift to mankind.

Gift…maybe I should say gods? The X-Men are no longer playing around. They will make human beings understand that they have suffered and will not suffer anymore. However, they do not want to come off as unsympathatic conquerors. They want to give mankind gifts in exchange for their own place on Earth without any opposition. Those gifts? Medication. Some of the most tantalizing medication anyone can ever think to offer. Medicine to cure diseases of the mind and longer lasting life. Imagine the most powerful pharmaceutical company you can think of, which consists of individuals that have earth shaking powers. Now imagine that they want to lock themselves away in their high rising towers and did not want to be disturbed and the only price anyone outside had to pay was longer and better health?

Sounds like there would be some kind of a catch, doesn’t it? 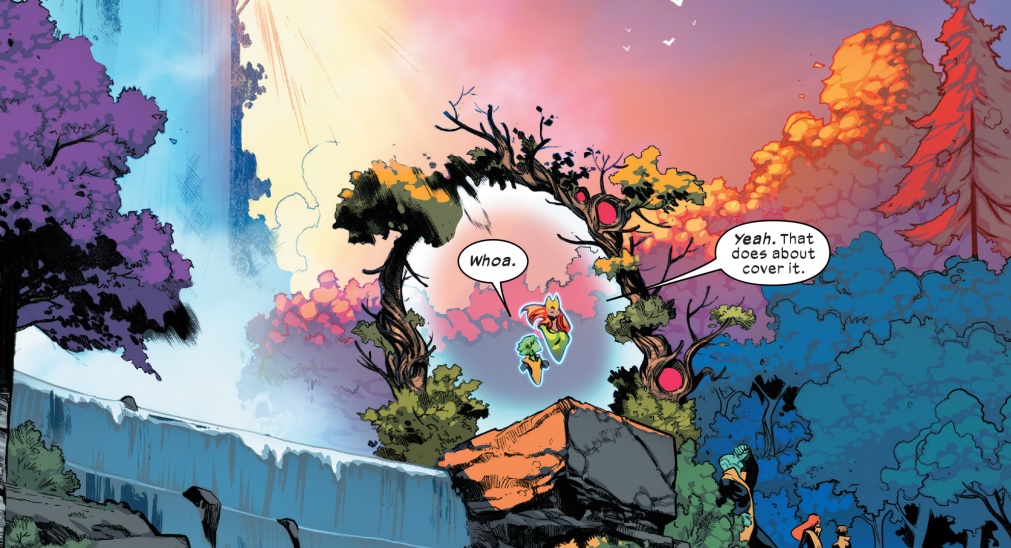 Well, there is. House of X and Powers of X are both brimming with intrigue and ingenuity. I have read through both six issue series in the order that was recommended and I still feel like I missed many things. Many, many things. Not only does Hickman and his artist colleagues give you a feast of the eyes, but there is so much patented Hickman information in between the pages that you will be overwhelmed. I know I have to read through both series again to get a better grip as to what I think I read.

Let’s talk about the art in this book. I grew up reading comics from the early 90s and to say that art and colouring have taken leaps is an understatement. Both Larraz and Silva have different styles that helps distinguish themselves from each other, but they somehow do a great job of making sure that both stories feel like they are running in harmony. And the colours? Oh WOW, the colours! Marte Garcia may be an omega mutant who has complete mastery of colours.

If I had any kind of a nitpick, I would say that there is no room for downtime in these two. The kinds of things that people have come to know and love about the X-Men is missing, but the plot has no time to lounge about. It is all business, humming along at a strong and steady pace. Pay attention and the comic will reward you.

Hickman, Larraz, Silva and Garcia have cooked up something special here. Professor Xavier’s School for Gifted Youngsters kind of special. Go out there and read it, because you have an amazing new vision of X-Men now.