Arefin (Supernova) Siddique (AS) was born in a fire of boring conception…most likely. He vowed to never be boring again. Arefin S. Siddique is the most immature introspect you will encounter, if you’re lucky.

Krishna Dhanai (KD) was forged in the heart of a dying star. Legend has been told that, whomsoever be worthy, shall possess the power of Krishna…wait no, that is Mojlnir. KD crash landed to earth in his spaceship when his home planet of Krypton was destroyed…nope, that was Superman. KD is quite simply a character. He has the ability to charm and insult you at the same time. He believes life is too short to be serious all the time and his goal is to prove it to the world.

In 2008, Arefin and Krishna became friends due to the following magical question from Arefin “hey man, do you like Marvel?” Arefin did not know it at the time, but the answer was always “yes”. From that day forward there were many ridiculous and amazing conversations. In 2015, Arefin and Krishna decided to start a YouTube channel where they would provide their opinions on the things they loved. The only issue was, nobody asked for their opinions. This was the birth of whoASKD. By cleverly combining their initials, AS and KD were able to establish a brand that was able to talk about anything and everything. The dynamic duo swore to ensure that their 5 YouTube followers would always be provided with new and exciting content weekly. The sky was the limit for the duo. 1 month later the YouTube channel was closed due to lack of content and scheduling issues. AS and KD felt somewhat defeated, but they didn’t give up hope. In 2018, Krishna asked the most important question, “Hey man, what do you think about a podcast?” The answer was immediate and the excitement could be heard in Arefin’s voice when he said “Let’s do it”. That day the whoASKD: Sidekicks Anonymous Podcast was born, but that was only the beginning. The whoASKD website was then launched providing everyone with not only the opportunity to listen to existing podcasts, but the ability to read articles on gaming, comics, movies, and sports. The fire now burns inside the boys, and their passion for their brand only grows each day. The horizon is bright with unbound potential, and the future as we know it…is Forsaken!!! Dammit!!…almost had it. Join us as we try and spread a little positivity with a dash of geek comedy. In the illustrious words of our hero Captain America “We can do this all day”. 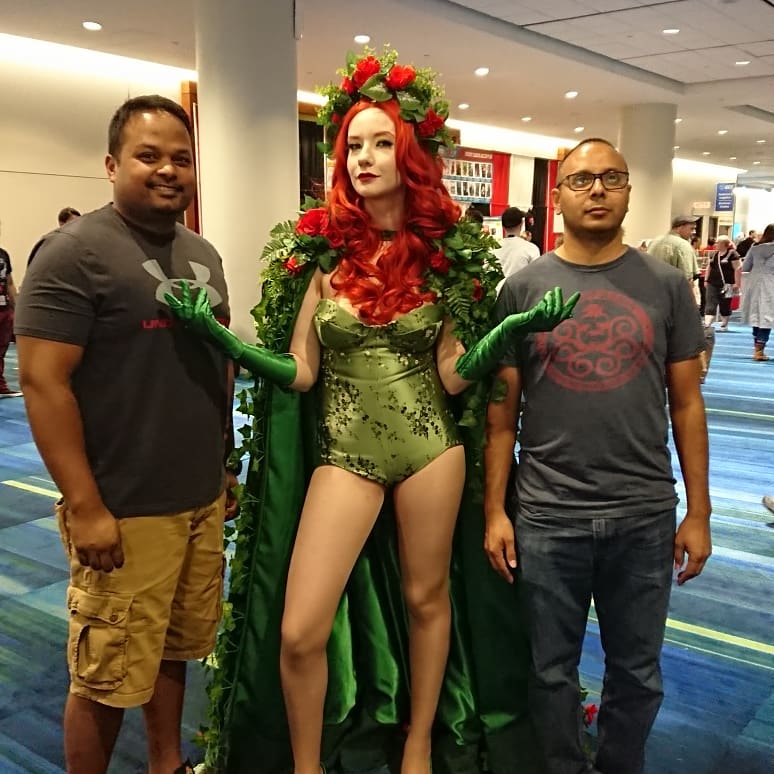